Equipment and devices Equipment and devices of Mettler Toledo are used in research and works laboratories: lab and trade scales for dozing of liquid and granular materials, on the lines of packaging and quality control, determining of dimensions of the transported cargo and in other science, industry and trade fields. Company Metller Toledo has world wide industrial trade and service chain. The corporation operates in 120 countries, moreover 40 of them have own subsidiaries. Manufacturing facilities are situated in Germany, France, the UK, Switzerland, the USA and China. Headquarters is located in Greifensee, Switzerland.

In 1945 doctor Erhard Mettler established Metller firm in Küsnacht (Switzerland). Doctor Mettler was the first to develop and start batch production of analytical balances with one cup. Then the company was constantly expanding the area of its interests, they began production of precision balances and micro balances, thermal analysis instruments and automatic titrators, pH-meters and ionomers, densitometers, refractometers.

In 1989 Mettler company bought shares on Toledo Scales corporation, existed since 1901, the largest industrial scales manufacturer in the USA. Henceforth, the company acquired its modern title METTLER TOLEDO. Also the corporation associated with other companies having connection with weighing and analytical equipment. 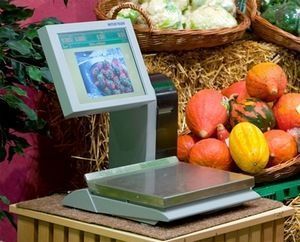 There are Mettler Toledo products on our website in following sections :

Products of brand Mettler Toledo, Швейцария on our site: